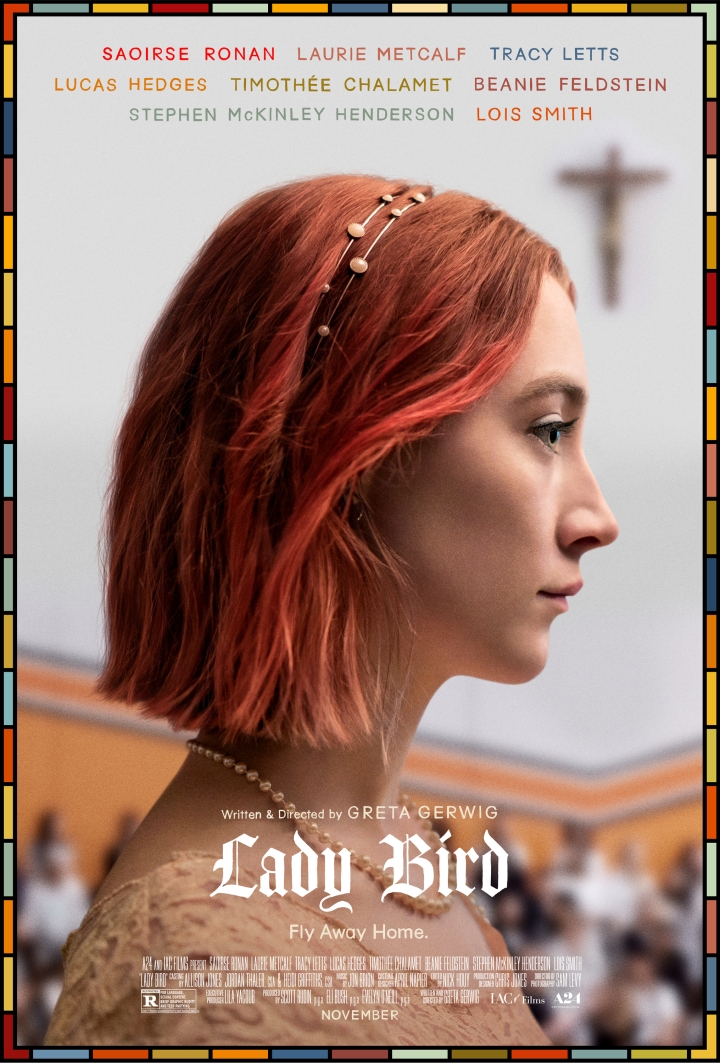 Don’t you think they are maybe the same thing? Love and attention?

Summary: Marion McPherson, a nurse, works tirelessly to keep her family afloat after her husband loses his job. She also maintains a turbulent bond with a teenage daughter who is just like her: loving, strong-willed and deeply opinionated.

This is a rewatch review and I debated whether or not I really wanted to review it, but ultimately, I decided that it’s definitely worth saying some words. It’s no secret that I’m a huge fan of Saoirse Ronan, Timothée Chalamet, and Greta Gerwig so this movie was automatically right up my alley. I also found this movie deeply relatable because there’s no glamour behind the high school experience. Lady Bird’s character is not perfect; she has poor grades, wild ideas, and wants the best for herself in such a blinding way that you want to remind her that the world doesn’t revolve around her.

As a senior in high school, the main focus of Lady Bird’s life is college. She’s determined to leave Sacramento, calling it “the midwest of California”, and dreams of being surrounding by culture on the east coast. She secretly applies to colleges in New York, despite her mother saying that there’s absolutely no chance of going. Her father supports her and helps her apply to these schools, deciding that they would deal with her mother if the acceptances rolled in. This sets up for the main conflict of the movie; Lady Bird has to decide if she wants to be true to her family or her dreams. Then, there’s also her conflicting feelings towards Sacramento. There’s a scene where Lady Bird is talking with Sister Sarah Joan about a college essay and Sister Sarah Joan talks about how much Lady Bird clearly loves Sacramento. Even the ending scene is a love letter to place she grew up in. There’s a strong theme of appreciation throughout this movie; Lady Bird doesn’t truly appreciate her home until she doesn’t have it. This emphasizes the fact that despite feeling as though she suffers through hardships, Lady Bird had a good life in Sacramento. She will always associate good memories with her hometown, leading to her appreciation.

This leads in to Lady Bird’s relationship with her mom. Her mom is clearly very overworked and underappreciated, but she tends to take it out most on Lady Bird, who she views as much like herself. There are several conflicting scenes that describe Lady Bird’s relationship with her mom and they come in the form of Lady Bird either defending or tearing down her mom. She always defends her mom to other people but has her own inner war with her feelings. Lady Bird is complex because she very clearly appreciates what her parents have done for her, but she shows it by forcing herself to reach for bigger and better than what her parents could offer her. She wants to prove that every sacrifice they made for her did allow her to reach her dreams. The mom’s character is interesting because it’s very clear to the audience that she sees Lady Bird as a physical manifestation of her younger personality. This personality was something that she stuffed down and nurtured. Lady Bird took this part of both of them and nurtured it until she blossomed. Parts of their interactions struck me as jealousy between Lady Bird and her mom. Lady Bird’s mom is jealous of Lady Bird’s unrelenting ferocity and Lady Bird views this as her mom stifling her. Lady Bird begins to truly understand how similar they are by the end of the movie.

There is a focus on identity. The major symbol of this is the blue house that Lady Bird wishes was her own and lies about during the course of the movie. After attending a private school, Lady Bird is seemingly ashamed of her family’s background so she hides the truth. The reality seems to me, like part of Lady Bird wants to spare her parents from the judgement of her classmates. But, this is seen as distancing herself from her family. The other major focus on identity is her name. Lady Bird’s given name is Christine. She chooses to go by Lady Bird. This appears to be another way to distance herself from her family, but I think it’s really just her embracing the personality that her mom has given her and flying free. The fact that she embraces her name at the end of the film shows that she does love her family and she keeps her name to keep them close.

The movie follows Lady Bird as she navigates through struggling with boys and discovering her needs in a relationship. The first relationship that involves a boy Lady Bird meets through her brief stint in the theater. This relationship is simple, but there’s no passion. It’s the kind of relationship where Lady Bird can live in her favorite blue house and eventually have what she wants. This would be at the sacrifice of having someone who truly loves her. Danny, her first boyfriend, proves to be gay and that leads to the end of that relationship. Kyle, her second boyfriend, is all passion. He’s careless and introspective to the point that he challenges Lady Bird. I wouldn’t necessarily think of him as a good person but I think of him as a necessary relationship for Lady Bird. He is the other extreme that she dates. With Danny, there is no love or passion; with Kyle, there is too much passion and emotion but not all directed towards Lady Bird. Her relationships show that she wants a stable relationship that’s not stifling.

Overall, this movie is a story about someone’s life. This movie can be viewed to be the life of a normal girl that experiences normal things and goes through normal life experiences. It’s the fact that this movie is so utterly normal that makes is extraordinary and a great movie to watch.

TLDR: A truly moving story about a girl and her mom as they navigate the impending threat of college, love, and life, while figuring out their own relationship. 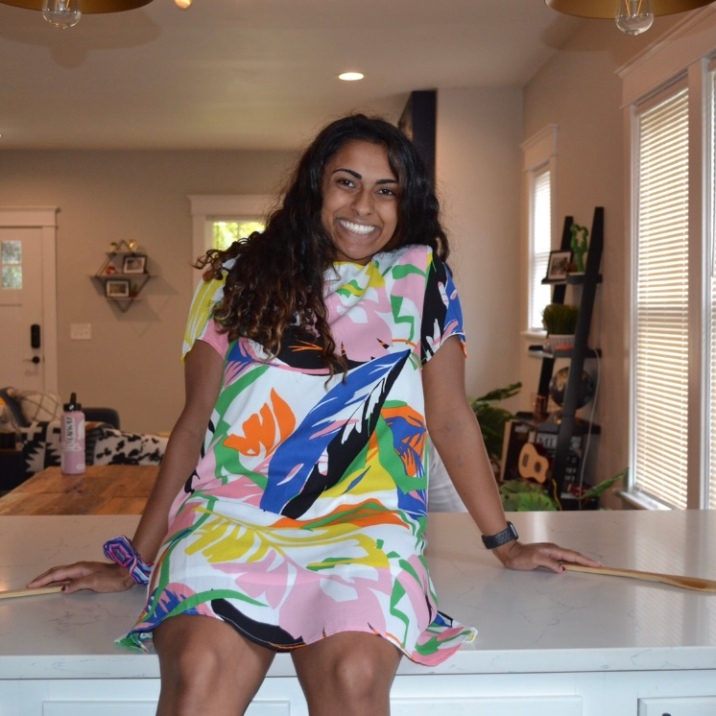